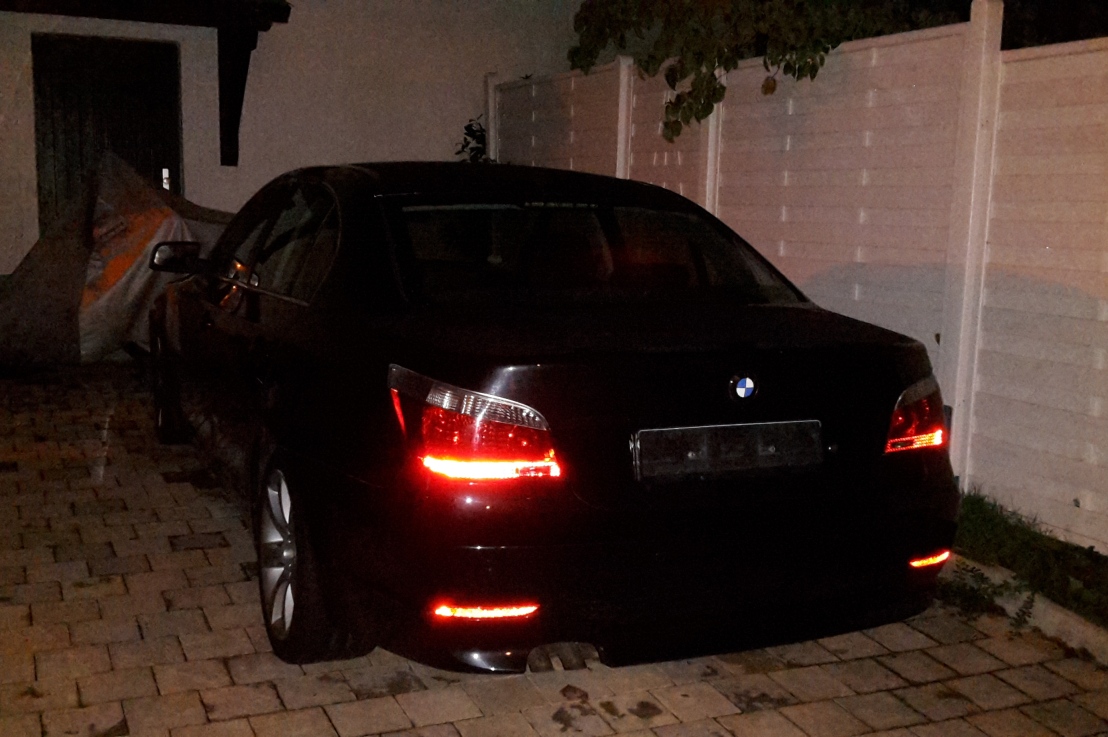 My first entry is about how I got that 530d.

Initially I started looking for what I assume many peoply of my age look for: Fast cars, muscle cars or just good looking ones. I had my eye on Mustangs and Camaros for a few months. Since funding depended partly on my parents and they didn’t really want to support me having a 400+ HP car as my first one, I needed to settle down a bit.

My dad had driven different 5 series for a long time already as company cars, including the one my decision would fall on finally (with a smaller engine though). The argument that I had gotten experience in his car (which was a brand new F10) since I drove it regularly for 1½h years after getting my license was easy to make, too.

I then found myself looking for used 5 series. I don’t actually remember when I started but I do have the e-mail I sent to my dad with the link to the offer of the car I’d buy later that day. Yes, same day. His answer was ‘Just call him so we can have a look at it today.’, this was at 4:40 pm.

We then agreed to meet at a nearby gas station at 6:30 pm which didn’t really bother me at the time since the car was sold by a private owner. I would learn later that day that the guy actually was a car dealer but sells a friend’s car privately (meaning e.g. no warranty by law).

After looking at the car a bit and taking a short test ride (it was already gone dark by then) I decided to take the offer and get the car home as is. While driving the seller home I paid in cash and dropped him off. The whole thing didn’t last more than 1½h hours. Since I had both my parents with me all the time I didn’t really think much of it. In retrospect this whole process, starting with the meeting place to paying, was probably the most shady (and objectively dumbest) thing I’ve done so far. To give a short summary: From ‘Okay, I’ll check out that car’ to ‘I got a new car in the driveway’ no more than 3½ hours had passed.

As we wanted to grab dinner directly after ‘having a look at the car’, which was obviously postponed slighty, we went to eat after having dropped off the seller. After being back I shot the first picture of the newly aquired car:

To calm some shocked minds: A few days later we did meet again, made a valid contract and exchanged our info. I was really relieved when I had the contract in my hands since it took quite some time until everything was gathered.

Spoiler alert:
Since I’m only starting this blog 1 year later I can say that even though it might’ve been a pretty shady sale, I’m happy with the car and as far as I know I didn’t get scammed in any way.

2 thoughts on “How it all began”

Welcome to my blog!

On here you may find the most essential things I did on my car, as well as some minor things I think are fun to share.
If you plan on browsing through all my posts I suggest to do so from the bottom upwards.